10 Interesting Facts About the Piano 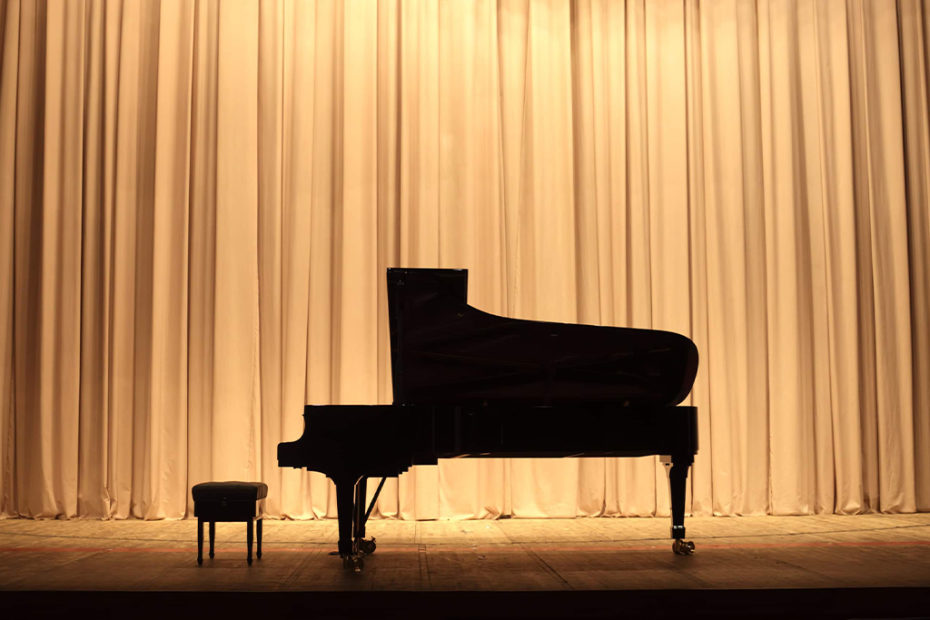 10 things you never knew, and never knew you NEEDED to know – about the piano, the King of Instruments. Brought to you by the piano tuning, servicing and repair experts here at Moonlight Pianos.

Is there any more glorious sound than that of a piano? We’re not sure that there is.

If you’ve ever been in a public place where there’s an “unexpected” piano – for example a shopping centre, a train station or even a pub – and a skilled player sits down to treat us to a tune or two, what happens? That’s right. Everything stops. We all turn to listen. And, the smiles and applause are clear evidence that we love it.

How amazing that someone can produce such a lovely melody.

These aren’t easy instruments to master, though. In truth, there IS a learning curve with the piano.

But if you’re a pianist, or someone in your family is, you’ll know how all that hard work has been worth it.

The Benefits of the Piano

The benefits of playing the piano have long been recognised.

The instrument offers an outlet for expression, a short escape from life’s stresses and strains, and the sheer joy of creating music.

Not to mention the way that piano practice can boost memory, and even sharpen cognitive and intellectual abilities – activating as it does the parts of your brain used in spatial reasoning and maths. Children, in particular, seem to be able to “learn how to learn” through the piano, with proven changes within the brain enabling them to enhance their memory.

There’s more. We’ve put together a list of 10 of the most interesting and useful facts we’ve found about the piano. Impress your friends with these delicious details.

1) The first ever piano

The first-ever piano (that we know of) was invented by an Italian chap called Bartolomeo di Francesco Cristofori, and he called it – let’s get this right – a gravicembalo col piano e forte, which translated means “harpsichord with loud and soft”. This is interesting, as the word “pianoforte” – the full, contemporary name for the piano – is “soft-loud” in English.

The first pianos were so expensive that even super-rich families would not have been able to afford one; indeed, these were as rare as hens’ teeth for the next 100 years after their early development. It wasn’t until the 19th century that pianos started to be manufactured much in the way that we know today, and thus became more accessible in Victorian homes, and up to the present day.

2) Widest of tones of all instruments

The piano has the widest of tones of all instruments. This makes sense when you count the number of black and white keys: 88 in total. So, the lowest note is lower than on a double bassoon (which is already exceptionally low), and the highest one higher than the top note on a piccolo. If you’re familiar with orchestral instruments you’ll know that this range is absolutely staggering!

3) Piano keys were made from elephant tusks

Up until the 1950s, astonishingly, piano keys were made from elephant tusks. Modern piano keys are now manufactured from plastic.

Do you think that pianos are large and heavy? Well, not in comparison to the world’s largest piano: an eye-watering 1.4 tons and 5.7 metres long, called the Alexander Piano and created by Adrian Mann, a young piano tuner from New Zealand. Quite why, nobody knows. But it most certainly won’t fit comfortably into your front room.

5) The world’s most expensive piano

And what about the world’s most expensive piano?

6) The piano IS an percussion instrument

In our opinion, the piano IS a percussion instrument and not a stringed one. However, there has been considerable debate about this issue amongst musicians, which will no doubt continue. Although it has strings, of course, the piano is found within the percussion section in an orchestra as it produces sound by hammers hitting the strings. Just to clear that up.

7) The piano can hold about 168 pounds of tension

Each piano string can hold about 168 pounds of tension, which adds up to 18-20 tons for the average, standard piano.

A piano has over 12,000 parts, 10,000 of which are moving. As may sound obvious, they’re complex instruments and will need to be looked after on a regular basis, with tuning, servicing, and repairs.

9) How often shoud a piano be tuned?

Talking of which, how often should a piano be tuned? A new piano should be tuned 4 times during its first year of use, and every 6 months or so thereafter. Also, humidity or changes in temperature can affect their tuning, as well as moving them from one room to another, so try to avoid these if possible.

10) The longest ever concert

As much as we love the sound of the piano, the longest ever concert given by a professional pianist was 103 hours and 8 seconds long by a Polish musician called Romuald Koperski. Perhaps that would have been a little too much for most of us.

So, we hope you enjoyed our fascinating facts about pianos.

Created in the early 1700s, the instrument has moved forward dramatically from its original harpsichord form. Over the last 300 years or so it’s progressed through to different types of a grand piano, upright piano, digital pianos, and even contemporary keywords and synthesizers.  As an outstandingly versatile instrument, you’ll hear the piano on countless musical recordings from classical to contemporary; pianos provide a rich accompaniment and are, of course, stunning in their own right.

Get in touch with us!